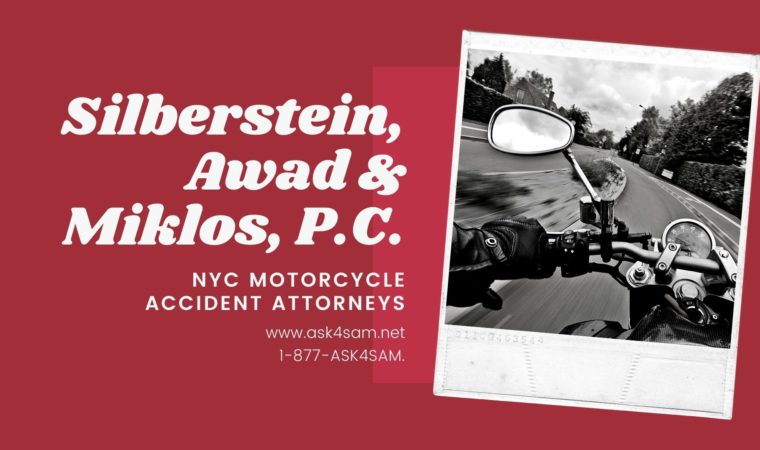 Brooklyn, NY – A 52-year-old motorcyclist suffered critical injuries after crashing into a Volkswagen Jetta on Flushing Avenue in Brooklyn at around 7:30 p.m. on August 21. Police authorities say that the rider barreled through a red light while traveling north on Bedford Avenue in Williamsburg. The injured biker was taken to Methodist Hospital suffering severe head and body trauma. The Volkswagen driver and passengers remained at the scene while detectives investigate the crash.

It is sad that vehicle accidents often impact the lives of those involved in an extremely negative way. Yet, the fact of survival alone tells a tale that goes in the positive direction. If you or a family member have been involved in an auto accident in NYC, it is best that you seek legal advice from a legal team that could lead you to the positive route. The dedicated attorneys at Silberstein, Awad & Miklos, P.C. are willing to fight for a just compensation that you are entitled to. Call them at 1-877-ASK4SAM for a free case review or book an appointment here.