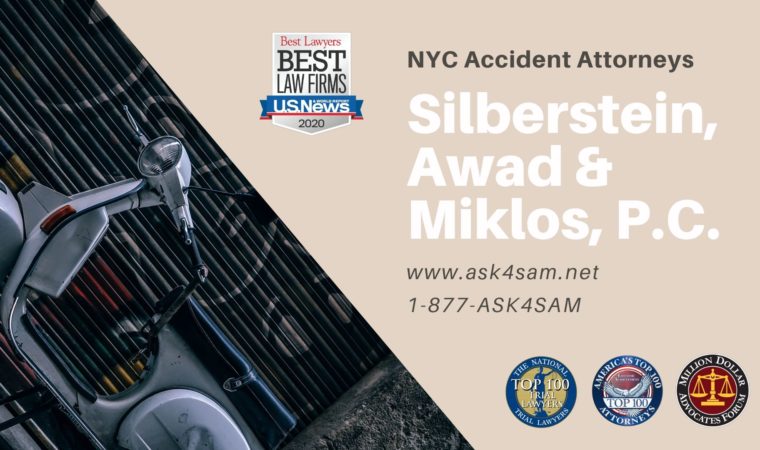 Brooklyn, NY – Allegedly, a scooter rider was hit by a 2012 Jeep Grand Cherokee at about 12:30 a.m. of June the 23rd near the intersection of Avenue North and East 98th Street in Canarsie. After the crash, the Jeep driver lost control of the massive SUV, hit a tree and smashed into several parked, unoccupied vehicles. The Jeep operator, together with the passenger, fled the scene on foot, leaving their victim to die. The victim (whose identity was not released immediately) was rushed to Brookdale Hospital, but couldn’t be saved.

The death of a loved one is a traumatic event especially if the death was caused by the negligence or recklessness of another person. The accident lawyers at Silberstein, Awad & Miklos, P.C. or SAM understand that no amount of money in the world can bring back the lost loved one or ease the pain of the family members left behind. If you have a loved one who has been a victim of a hit-and-run incident in NYC, reach out to the seasoned legal team of SAM to help you get the compensation you deserve. Contact their committed attorneys at 1-877-ASK4SAM or arrange an appointment here.