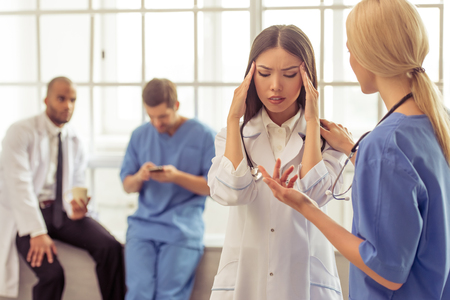 Working in a busy hospital can be quite stressful, and a number of independent studies have found that burnout has taken an increasingly detrimental toll on practicing physicians in recent years. One particular study conducted by the Mayo Clinic in 2015 found that roughly 54 percent of doctors experienced at least one symptom of burnout in 2014. That figure rose from 46 percent when the same study was conducted in 2011.

The Mayo Clinic conducted the study in conjunction with American Medical Association, surveying 6,800 doctors from all across the country. Burnout rates were highest among doctors who worked in emergency medicine, rehabilitation, radiology, family medicine and urology. Common symptoms of burnout included emotional exhaustion, depersonalization and diminished feelings of personal accomplishment. Although the average number of hours worked did not increase between 2011 and 2014, more doctors reported that they were unsatisfied with their work-life balance in 2014.

So why is burnout becoming more common among American physicians?

Some analysts have pointed to a system of “asymmetrical rewards” in which successes are often overlooked while mistakes are harshly punished. Increased workloads and clerical responsibilities have also been identified as common sources of frustration for many doctors.