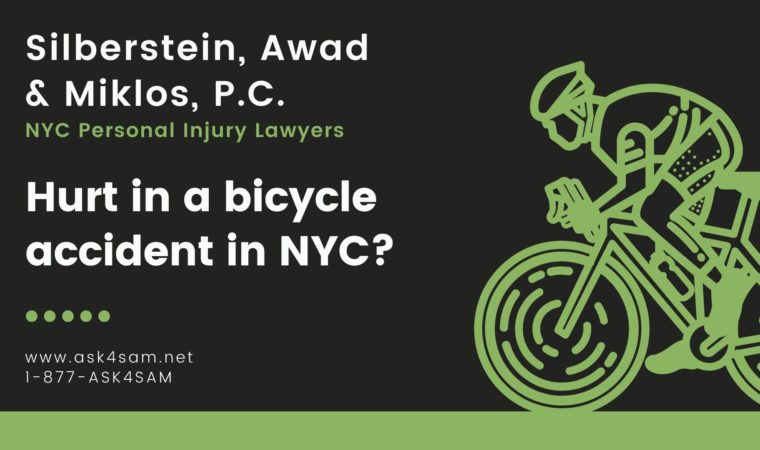 Brooklyn, NY – An enraged Queens man driving his 2020 Volkswagen SUV hopped a curb and plowed a crowd of protesters on the corner of St. John’s Place, Crown Heights in Brooklyn at about 10:30 p.m. of June 6. The 44-year-old driver speedingly fled the scene running over a bicyclist and several other demonstrators. The injured cyclist, 24, was rushed to King’s County Hospital, while a few other hurt protesters refused medical attention. NYPD eventually arrested the SUV operator and charged him with reckless endangerment, unlawful possession of marijuana, and leaving the scene of an accident.

No matter how careful and vigilant cyclists could be, bicycle accidents still occur due to reckless and negligent motor vehicle drivers in the streets of NYC. While the state leaders are working on making the roads safer for cyclists, the number of bicycle accidents continues to rise.

If you or a loved one have been injured in any type of road accident in NYC, it is imperative that you seek legal help. The team at Silberstein, Awad & Miklos, P.C. have over three decades of experience in handling personal injury cases. Call their vigorous lawyers at 1-877-ASK4SAM or visit their website to book a free case evaluation.