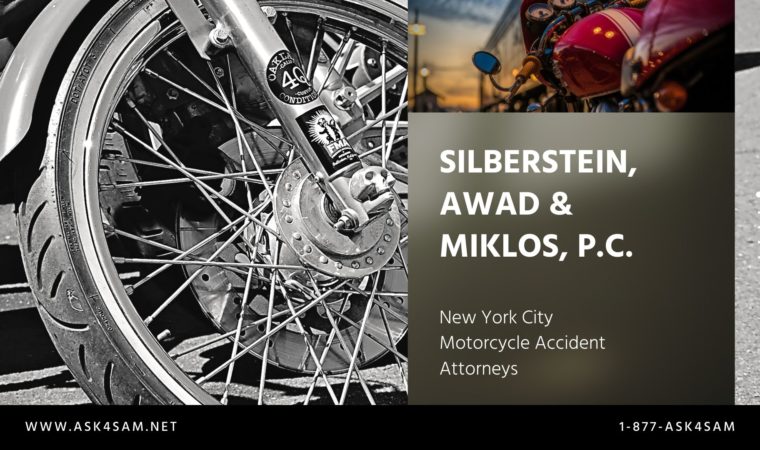 Bronx, NY – A 24-year-old motorcyclist was killed after he rammed his dirt bike into a dump truck on Boston Road in the Bronx at about 10:20 p.m. on August 9. The NYPD’s Highway Collision Investigation Squad found the rider unconscious and unresponsive at the accident scene. The EMS personnel pronounced him dead on-the-spot.

Police records report that at least 10 motorcyclists have died in New York City since July 19. With a decrease in the presence of cars and a reduction in traffic caused by the pandemic, data shows an increase of four motorcycle deaths during the same period last year. If you have been injured in a motorcycle accident in NYC, reach out to a knowledgeable attorney who can assist you in the legal process of recovery. Talk to one of the highly-skilled lawyers at Silberstein, Awad & Miklos or SAM who specialize in excellent client care. Call 1-877-ASK4SAM or book an appointment here.