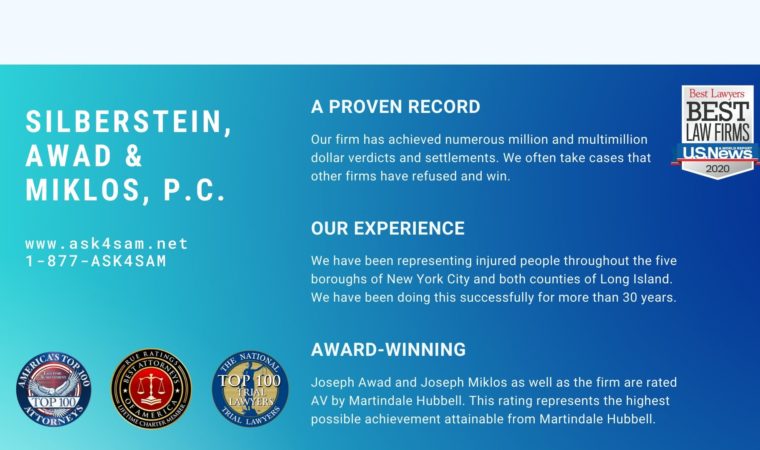 Brooklyn, NY – Allegedly, a 27-year-old off-duty NYPD sergeant collided with a bicyclist near the corner of Fifth Avenue and 57th Street in Brooklyn, New York at approximately 4:00 p.m. on July the 1st. After the cop inspected how badly the bicyclist was injured, a witness who saw the crash approached and started arguing with the off-duty sergeant. According to the witness, the NYPD cop shoved him to the ground and drove off in a rage. Police authorities eventually captured the suspect and charged him with assault and leaving the scene of an accident. The victim cyclist sustained minor injuries.

An automobile accident could be devastating and traumatic especially if it was caused by the negligence or recklessness of another motorist. If you or a family member have been injured in a motor vehicle accident in NYC, reach out to the committed personal injury attorneys of Silberstein, Awad & Miklos, P.C. who are always available to speak to you personally about your case. You won’t be charged unless your case is won. Let their dedicated lawyers help you immediately by calling 1-877-ASK4SAM for a free case evaluation or book an appointment through their website.