Pedestrian Ended Up in a Fatal Car Accident in West Hempstead, NY 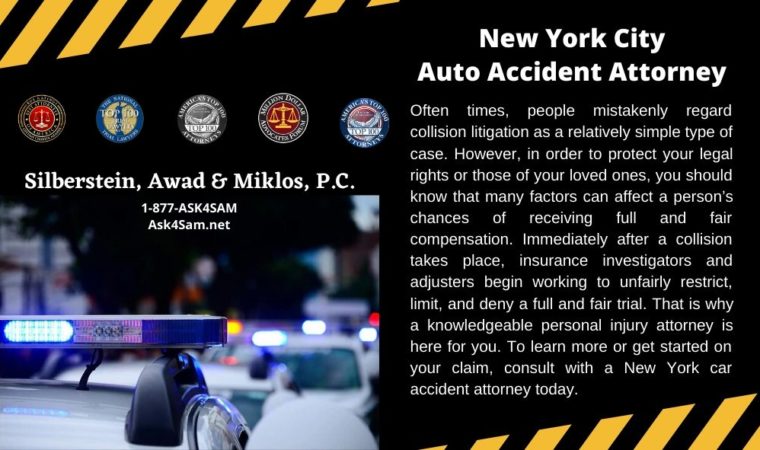 West Hempstead, NY – Nassau County police report says that a 46-year-old pedestrian was killed after a 2001 Chevy Suburban fatally struck him while attempting to cross Hempstead Turnpike at the intersection of Westminster Road, West Hempstead, New York at about 8:30 in the evening of May 17.

EMS personnel rushed the victim suffering multiple trauma injuries to a local hospital, where he was pronounced dead. The victim’s identity remains withheld until his family is notified. On the other hand, the 35-year-old male driver remained at the scene pending investigation.

Pedestrian traffic accidents can often result in devastating physical injuries, psychological trauma, monetary damages, and even death. If you or someone close to you have been injured in a pedestrian accident and don’t know what to do moving forward, seek legal assistance from the NYC personal injury lawyers at the Law Office of Silberstein, Awad & Miklos to help you recover. Their highly-experienced attorneys understand that you are going through a tough time and are willing to fight for the settlement you are entitled to. Book a complimentary consultation by calling 1-877-ASK4SAM or by clicking here.