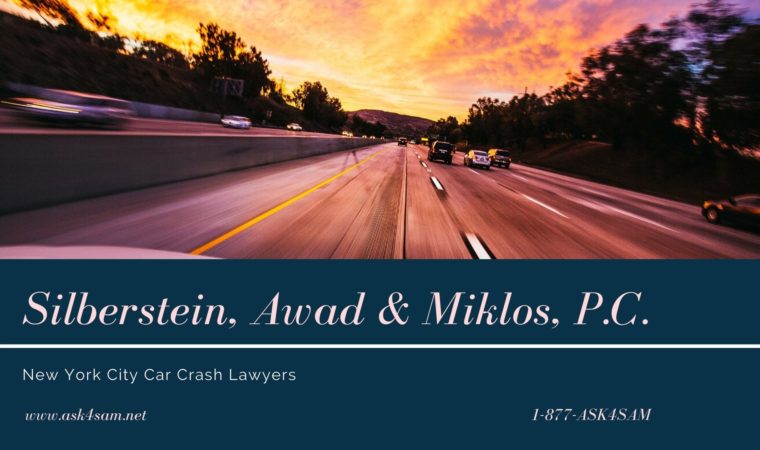 Bronx Expressway, NY – Two people were killed in a horrifying six-vehicle collision on the Bruckner Expressway in the Bronx at around 11:45 p.m. on July 21. The tragic crash claimed the lives of an 18-year-old Connecticut man driving a 2011 BMW X1 and his female passenger as they were on their way home from a weekend in New York City. The violent mayhem happened when the teenage driver speeding south on the Bruckner Expressway lost control of the BMW and struck two light poles while navigating a curve near Hollywood Avenue in Pelham Bay, flew over a median into oncoming traffic, and hit several other vehicles. Due to the impact, the BMW and three other damaged vehicles burst into flames. Both occupants of the luxury vehicle died at the scene.

Auto accidents can be devastating to everyone involved. Even hardened professional or commercial drivers can be victims of vehicle collisions on the highway. If you have been injured in an automobile crash, your quality of life may be forever altered. Reach out to one of the helpful attorneys at Silberstein, Awad & Miklos, P.C. to guide you through the legal process in recovering after the crash. Call 1-877-ASK4SAM to discuss your case for free or schedule an appointment here.