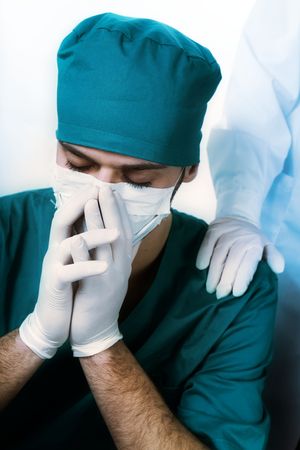 Every state has some form of malpractice legislation on the books, but approaches to medical malpractice laws vary significantly from state to state. On common type of malpractice law is an “apology law” which allows physicians to make expressions of sympathy to patients without fear of legal repercussions. These laws have been adopted by a number of states in the Northeast including New Jersey, New Hampshire and Massachusetts.

Apology laws are designed to reduce the number of malpractice suits by encouraging open and honest dialogue between patients and their doctors. According to a study conducted at Vanderbilt University, however, apology laws rarely work as intended, and may even have the opposite effect—prompting more patients to file malpractice lawsuits.

“By apologizing, the doctor tells the patient he screwed up when the patient previously didn’t know that,” said study author Benjamin McMichael in a statement. “They can’t use the apology itself, but knowing that something went wrong, they can look for other evidence that they can use.”

The authors of the study examined more than 3,500 malpractice claims filed between 2004 and 2011. After comparing the number of suits filed in states with apology laws to those without, they found that apology laws had little to no measureable impact on the likelihood of patients filing malpractice suits.

Put simply, the problem seems to lie in the fact that apology laws tackle patient-doctor communication issues too little, and too late. Rather than facilitating open lines of communication before mistakes are made, apology laws assume that medical malpractice is inevitable and therefore forgivable. But for the patients who are the victims of medical malpractice, these cases are anything but excusable.

If you’ve been injured as a result of a physician’s wrongdoing, you deserve the best legal representation you can get. Contact the malpractice experts at Ask 4 Sam today to get started.